This is the very last rose on our big rosebush: 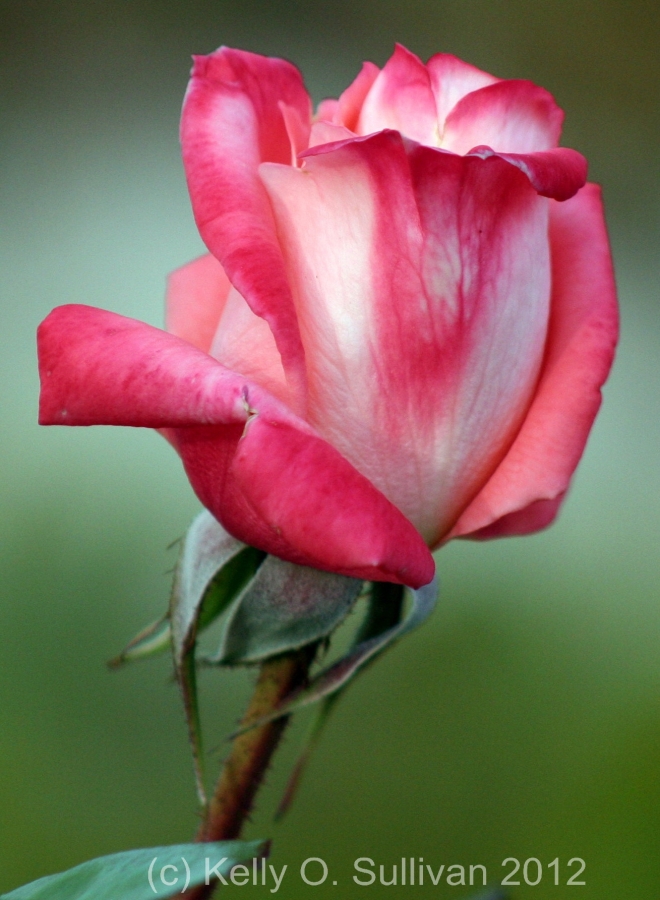 I could probably get more blooms if I were better about deadheading the bush, but it does just fine without too much interference from me. In fact, where I live roses are ridiculously easy to grow and can easily take over if you aren’t careful!

Most of the flowers have decided they are done blooming, but there are a few who are still hanging in there. So, I’ve decided to celebrate the end of the summer flowers by sharing them with you. First up, the last of the stella d’oro: 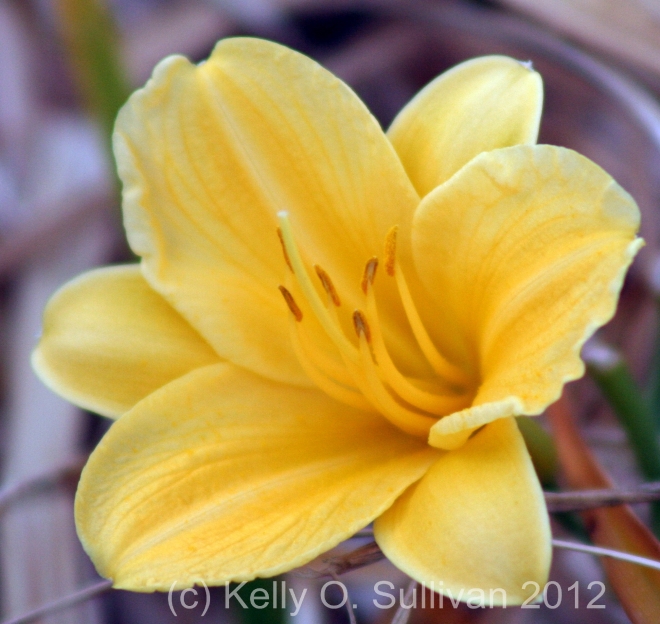 These lovely lilies bloom and re-bloom all summer. We also have varieties in purple and red, but those seem to bloom only once – the stella d’oro come back several times, and keep the yard sunny. 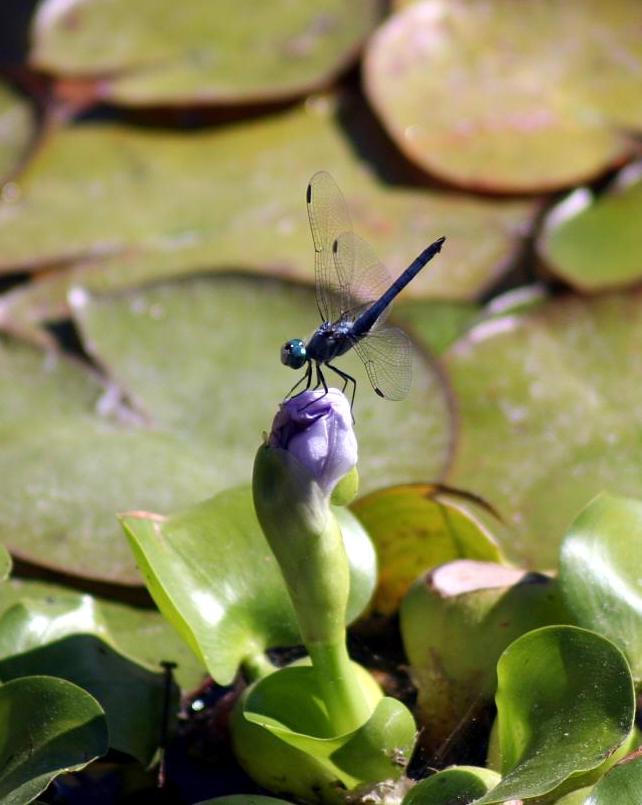 I am 99% certain my mother took this photo last summer. I know it wasn’t this summer because we didn’t put in water hyacinth this year. They are a lovely flower – but they bloom for about a day and that is it. Plus, they are annuals where I live. But I admit, the dragonflies did enjoy posing on top of them! Of course, this one isn’t in bloom. Below is a photo of one fully bloomed – which you have to have good timing to get since they only last a day. Apologies for the blur; I believe this was with my phone and the lens was probably not so clean. Or, you can assume I used a nice filter for this effect. 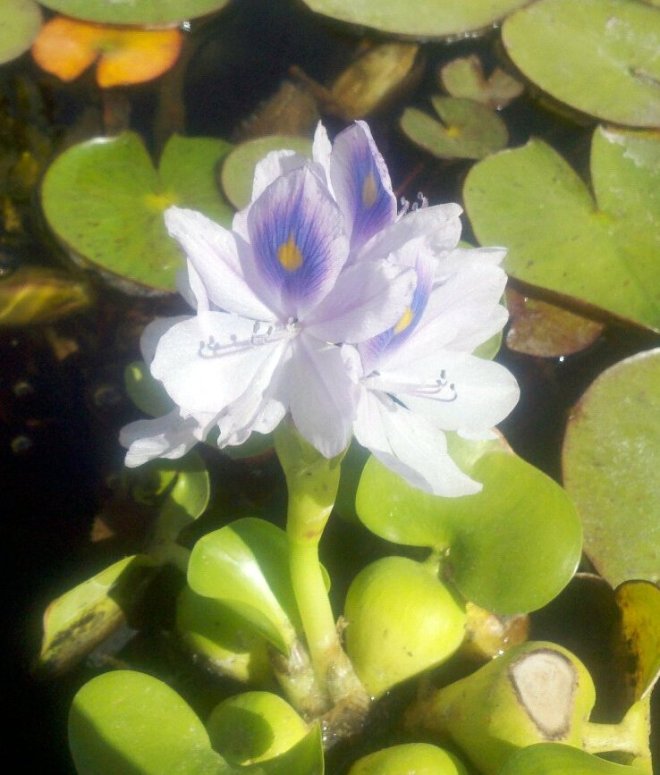 Yes, I’m stretching it a bit by including the Rose of Sharon as my final in the spring flowers series – but it’s a lovely bold flower so I had to share it! I hope you enjoyed a few days of spring (and summer….) flowers. 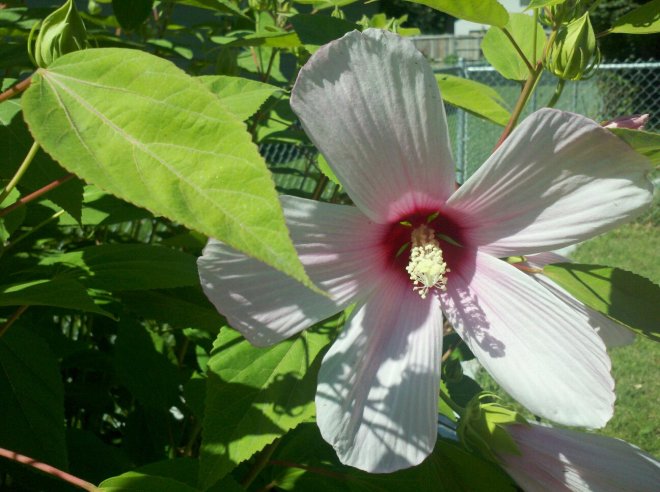 I love the gold flame honeysuckle that show up later in the spring – so vibrant! Plus they attract hummingbirds and butterflies! 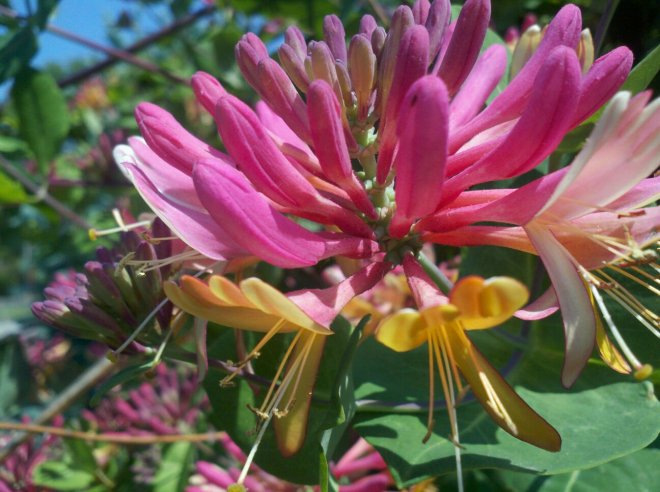 Next we celebrate the columbine. I love that columbine self-seed and pop up all over the yard! 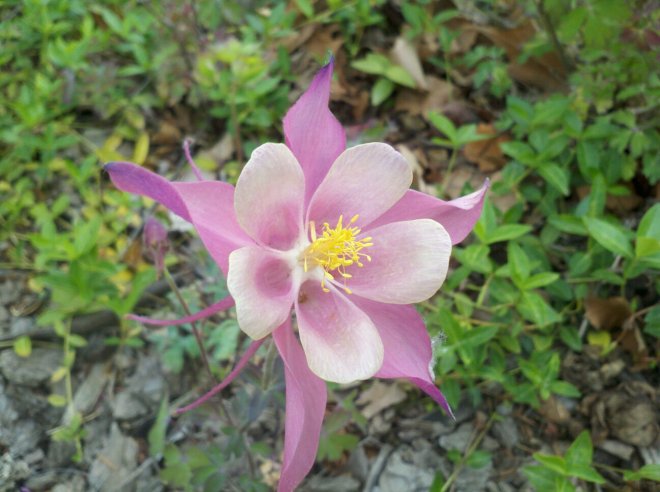 These tulips were free (in that we dug up dormant bulbs from a side yard and moved them without knowing they would survive). Imagine our surprise at the vivid colors! I am told by my plant pathologist friend that this is due to a virus in the plant – one that people cultivate and patent if they can, apparently. I just got lucky and have gorgeous tulips. 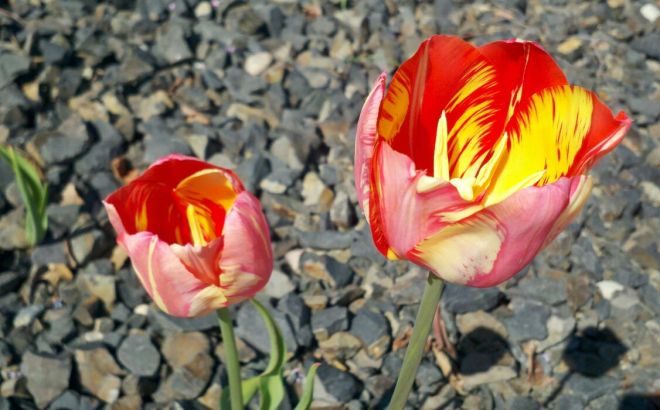 Continuing the celebration of spring flowers with a gorgeous iris: 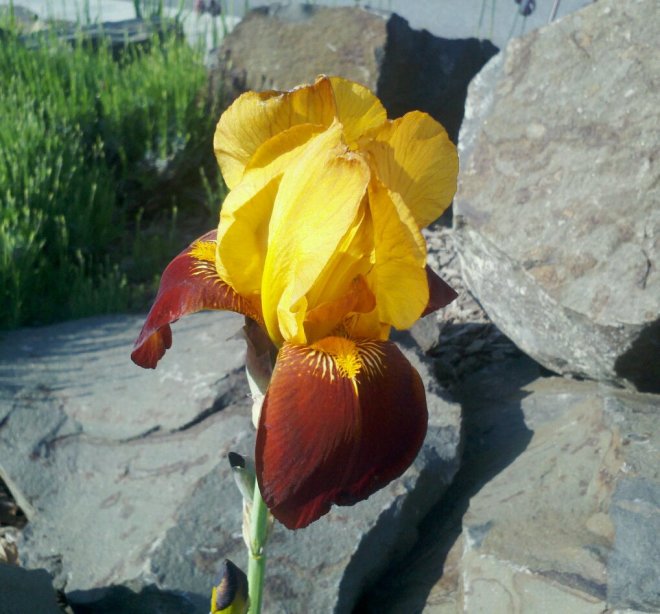 The cool autumn temperatures and shortening days have me reminiscing about Spring. Spring may be my favorite season – the days are getting longer and all the flowers start to bloom. So, for a few days I’m going to celebrate and remember spring. First up, daffodils! 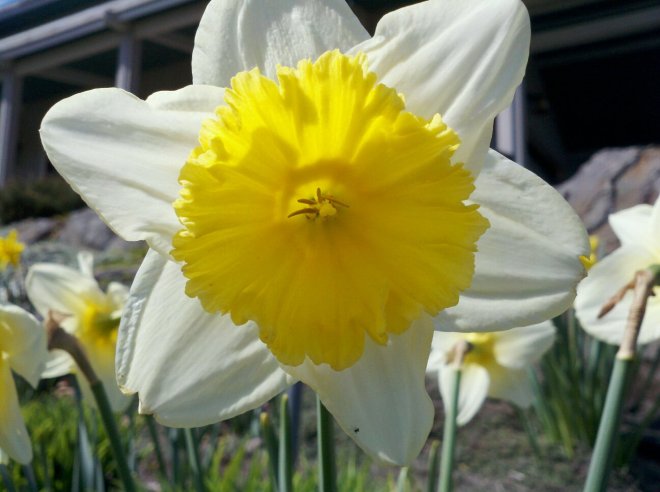 In the mix of “hardy bog plants” was a short stocky thing. It grew slowly most of the summer and was referred to as “the thick-stalk-plant” when we needed a point of reference for a frog sighting because we didn’t know which plant was which until they started blooming.

The thick-stalk-plant suddenly started shooting up in height and is now over 3 feet tall. The upper half has been covered in blooms, and as it grows taller more blooms appear on top. Even though the days (and nights, especially) are getting cooler it is blooming continuously. Butterflies and hummingbirds are supposed to be attracted, but since it started blooming late that hasn’t happened. We are hoping for earlier blooms next year and some excellent hummingbird action. (okay, right now we’re just hoping the plants all survive the winter to be honest).

This photo is blurred, but I really like it because it seems like there is fairy dust involved. So I’m sharing it, too.