My twitter-and-real-life pal @NomdeB sometimes shares some odd recipes with me. After all, she’s the only reason I ever made avocado chocolate mousse. I mean, who does that? Apparently a lot of folks. At least that was one she’d made herself so when I tried it I knew she had first hand knowledge to make the recommendation.

Recently she sent me a link to a recipe for black bean brownies.

Now, I’m a fan of black beans. Clearly love them. I’ve even posted about them before – in soup, where they are expected and normal. But I kept thinking about this. Of course, I didn’t have the link any more and again resorted to google. It was there I found that, to my shock, there are a TON of recipes out there for black bean brownies. Seriously. Go google it. I’ll wait.

So I decided to give it a go. I remembered the link NomdeB had posted included two ingredients: 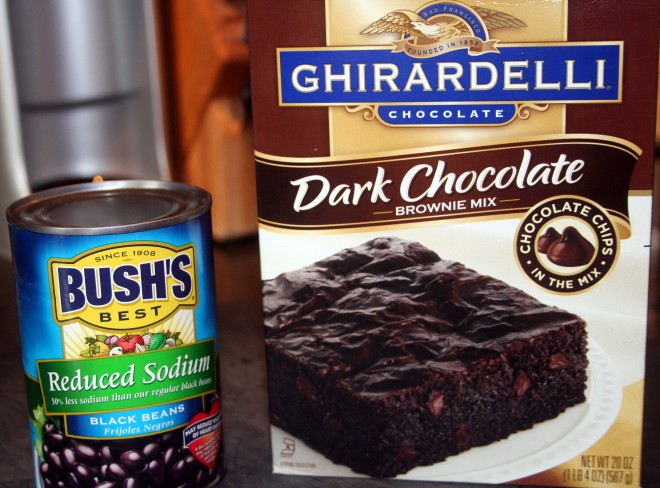 So I bought them. The various recipes differed on whether I needed to rinse and drain the beans or not, and I’m inherently lazy. So I didn’t do anything but dump them into the blender: 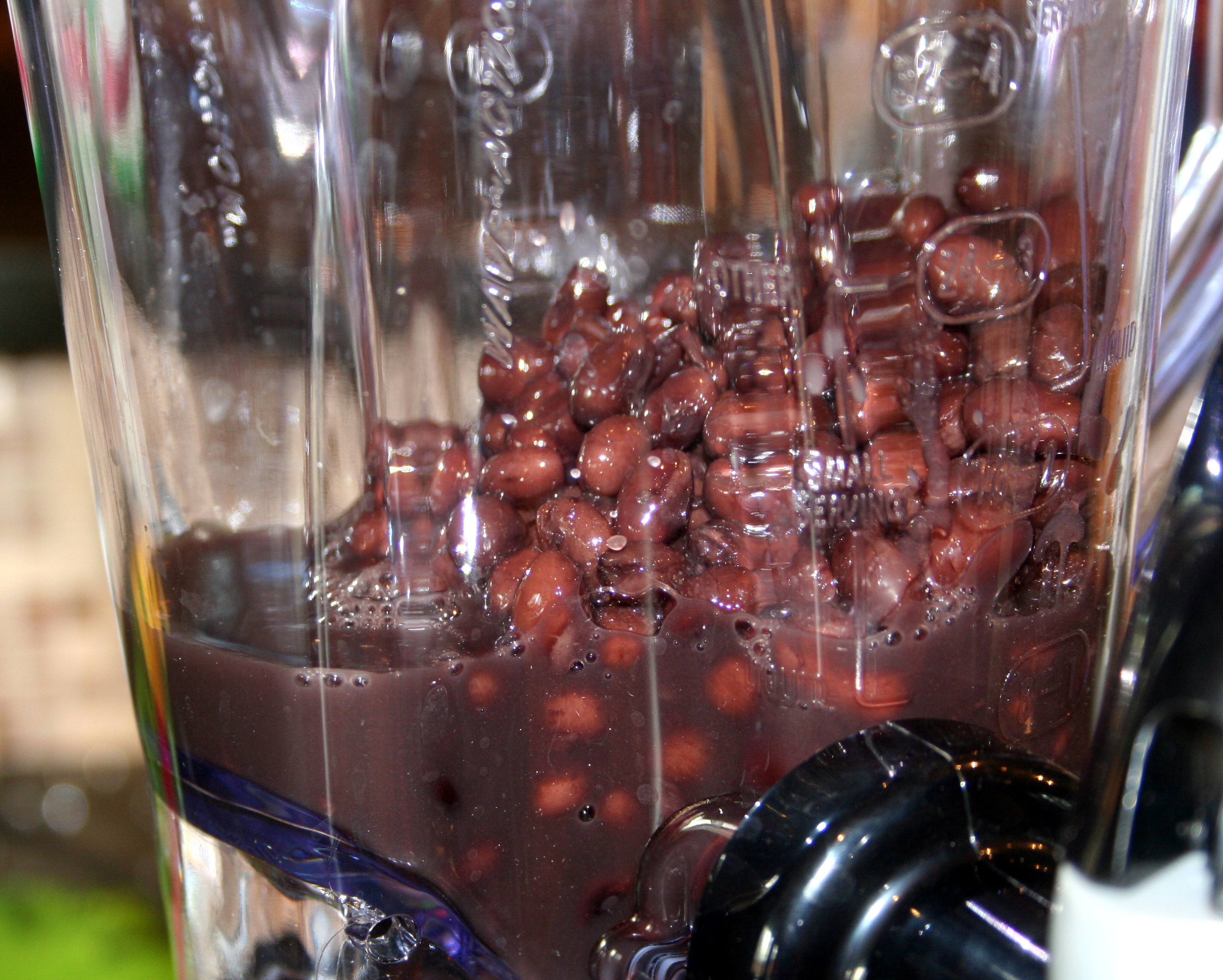 Nothing says “we’re making brownies” like a blender full of black beans!

And I pureed them for a long time because I really really didn’t want to have anything resembling a whole black bean at the end of this process.

Next I used a spoon and mixed the brownie mix and the black bean puree together. Soon it really looked like normal brownie mix.

I admit, I tasted it and it was chocolaty.

Into the pan (sprayed with cooking spray first) it went. I recalled seeing in a couple of the recipes that it was important to spread the mix out flat because it wouldn’t spread on its own, so I did that.

Ready for the oven!

I followed the box directions and baked at 325F for 45 minutes (because the pan is glass). At the end, the house smelled fantastic and this came out!

I waited for them to cool a bit and then dumped them out onto a plate and pulled off a hunk, because I’m a heathen with no couth. They are delicious! I did show some restraint and only took a small portion for dessert.

sooooo rich and moist and wonderful!

Honestly. If I didn’t tell people these were made with black beans instead of adding oil and water and egg (or whatever the box called for) no one would know. These are higher in fiber (I mean, I assume so – wouldn’t they have to be?) and lower in calories and extremely easy and tasty. Much easier than the avocado mousse, so I’m more likely to do this again sometime.